Hello Guys. It has been a while since last post. However, today I would like to share with you my experience of presentation at the 36th International Conference on ocean, offshore and arctic engineering (OMAE) during 25-30 June 2017. It has been a year since then, but what left in our memory is often precious, and that's what I am gong to share with you. The financial support from EU Horizon2020, TRUSS, Lloyd's Register (LR) towards my research is greatly appreciated.

I cannot remember how many attendances of the conference, but OMAE has been a top conference on ocean engineering since thirty years ago. The conference 2017 was held in Trondheim, Norway where there are a large research community on ocean engineering contributing to the offshore oil and gas industry and ocean farming in Norway. Another feature of conference 2017 was a symposium in honour of Prof Torgeir Moan, who is definitely a leading professor not least in marine structure and reliability methods. It was a nice symposium contributed by presentations by, e.g. Prof Carlos Guedes Soares, Prof Michael Faber, Prof John D Sorensen, Prof Weicheng Cui, Prof Inge Lotsberg, etc. Prof Cui was our director when I was with CSSRC, where I had been a research engineer on structural modelling, design and testing for nearly four years. Prof Faber hosted and supervised my secondment at Aalborg University during my PhD. It was nice to see them in Trondheim.

I presented a paper on the development of a probabilistic fracture mechanics model for inspection planning (Fig 1). My presentation was delivered in the symposium on Structures, Safety and Reliability, chaired by Prof Yordan Garbatov. A good question received was that whether the developed method would be adopted by the ship design rules of LR. Well, it's hard to say, as ship design depends on trade-offs among many systems and performances. Invited by Prof Yordan Garbatov, I chaired the session on Fatigue Reliability during the 36th OMAE conference. As a chair, there was a small gift, a very nice book on the culture, history and landscape of Norway (Fig 2).

I took part in discussion in the sessions: factors affecting structural integrity, reliability of renewable energy systems, risk analysis and management, fracture control and fatigue analysis, reliability of marine structures, fatigue reliability and the Torgeir Moan honouring symposium. There are several keynote presentations on the big data and future of offshore energy, shipping and technology (Fig 3). The last day, I visited the testing facilities in SINTEF and Statoil.


Trondheim and Norway are nice places, refreshing, cosy and convenient for hiking (Fig. 4 and 5). Well, the wooden houses along the river reminds me of old towns in the Yangtze Rive Delta, China(Fig. 6).

Hi Guys, I am back to you today to give you some information about my presentations and dissemination activities at academic conferences in the past months.

During 17-22 June 2017, I presented a paper Reliability-Based Inspection Planning in View of Both Crack Initiation and Propagation at the 27th European Safety and Reliability Conference ESREL2017 at  Portoroz, Slovenia.

The atmosphere of the conference is quite good in the conference venue Grand Hotel Bernardin, where researchers and professionals from civil/structural, offshore, mechanical, aerospace, nuclear, energy engineering share their ideas and experiences on reliability/risk management. I attended the pre-conference workshop on risk.

During parallel sessions, more than 450 papers are presented and discussed, among which I have participated in the following sessions.
On the last day of the conference, there was a discussion session on risk analysis which was quite impressive. Although 'risk' is a very popular word nowadays, its meaning and definition is not fully appreciated by most of us. Fundamental questions are still need to be further studied, such as the link between risk analysis in engineering and in other fields (e.g. finance, health), the difference between specific risk calculation and risk analysis as a discipline, how the assess the qualification of a risk specialist, risk acceptance and communication ...

On secondment at University College of Dublin

Finally, on the ninth month since commencement of work, I arrived at UCD for secondment, where I have registered as a PhD student. Many thanks to Loreto, Siyuan, Shah Nur etc. for kindly help. 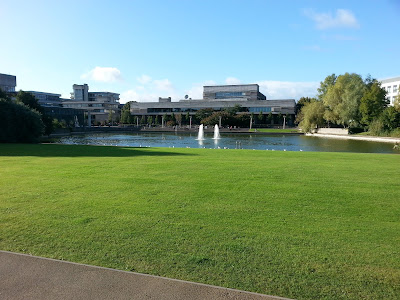 
The most exciting part of doing research in a university I think is that you are surrounded by the youth and dreams. You get the feeling that you are still young and you can do many things, which will bring many possibilities. It’s good to have such feeling. Also, in a university, you have access to all kinds of courses, library, sports facilities, shows, etc. Apart from research, you get more training resources. 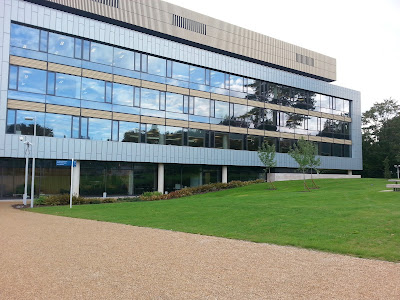 On the other hand, doing research in a company is like finding a solution for a practical problem with many constraints. It is more application-oriented, but often let you feel that your contribution to the current industrial practices would be rather limited.


From one point, academic research should be application-oriented, but from another point, historical findings come with a free heart. It’s a paradox. Maybe both ways are ok. Only time can test the value of a research finding, and we cannot tell when it comes out.


I will update you with more information about my secondment later.

Risk management for marine structures against fatigue and fracture


Time flies and it is summer now. I used to believe that there wouldn’t be any feeling of summer in UK because according to the weather forecast the highest temperature in July and August is around twenty centigrade.  The highest temperature is twenty four in last week reported by BBC, but I felt as hot as in China where the temperature could be as high as forty in the same period. There should be some changes with regard to the parameters that characterize the effects of the weather on people and people’s feelings about the weather.

Coming back to our topic. What we are characterizing is the phenomenon of structural fatigue, risk to fatigue failure and methodologies to mitigate the risk or control the risk under target level. As you may be aware, this relates to material, structure, mechanics and management. Large uncertainties are associated with each of those aspects. My job is to characterize the uncertainties and develop reliable fatigue management methods. We take two steps to achieve that. Firstly, accurate fatigue prediction model is developed. That is to say we should predict the evolution of fatigue cracks accurately, which serves as basis for planning maintenance actions (inspection methods, inspection times, and repair rule). Uncertainties associated with wave environments, stress prediction, material properties and fatigue degradation process are considered by probabilistic modelling techniques. Secondly, maintenance actions are optimised with respect to risk and the associated costs, so that mitigation action can be taken to reduce risk with the minimum costs. In this step, we consider uncertainties in performance of inspection methods and effect of repair actions.

Currently we are concentrating on the first steps, developing fatigue degradation model which is employed to establish optimum maintenance actions. Fatigue itself is a rather complicated and stochastic phenomenon. It is influenced by so many factors such as materials, fabrication, post-welding treatments, local geometry, loading, etc. that it is hard to predict. Thus reliability methods are often employed to deal with the uncertainties involved. Many researchers have developed different models to take into account influence of different factors, but large discrepancies have been found among them. For fatigue life, the difference predicted by different models can be up to 10 times or more. In addition, the parameters in some models are difficult to determine. Some relies on specimen tests while others involve finite element modelling. This hinders their practical applications in engineering structures because specimen tests are expensive and can take a long time while finite element modelling needs profound professional knowledge in fracture mechanics.


I hope you have understand the ‘what’ and ‘why’ of the first half part of our project. It is important as it will help you to catch quickly the ideas of my following blogs, in which I will update more on how to obtain the fatigue degradation model.
Posted by Unknown at 07:02 No comments:

Attending an academic conference or not?

As a researcher, you may want to publish your research results, communicate with academic peers and receive feedbacks from them. How to realize this in the modern world today where everyone is busy? Attending academic conference!


In an academic conference, you can present your work to your peers, learn about their research work, discuss and keep in touch with them, thus broadening your academic networks. After the conference, you will probably receive conference proceedings which contain the paper you submitted. The proceedings can be indexed by SCI, EI, ISTP, etc.  Compared with a journal publication, review period for a conference paper is relatively shorter and thus it can be accepted and published much sooner.


Before submitting your paper to a conference, it is necessary to check the quality of the conference, because there are hundreds of conferences even in on field and not all of them are good places for communication. Plus, some conference proceedings will be included in high-standard indexes while others are not. For better decision making, you may want to check the below details of the conference.

Brief on myself and the project

I am Guang Zou, researcher for European project TRUSS ESR 5. After receiving my MSc in ship structural mechanics, I worked on development of new marine and subsea structures in an institute in Wuxi, China. One of the best parts of that experience is that I have engaged in multiple stages of development of engineering structures, including research, model testing, conceptual design, detail design, construction, assembling and field measurements. However, we only used deterministic methods and our objects were new structures. To meet new challenges, I want to address structural safety with probabilistic methods and TURSS gives me opportunities to do this.


My project in TURSS is titled Integrity Management of Passenger Ship Structures. This will be based on a ship structural integrity management using Risk-based Inspection, Maintenance and Repair (RBIMR) techniques to striking a balance between structural reliability and inspection costs which is key in determining in-service RBIMR strategies. Also, in satisfying the maritime stakeholder's interests, such questions as follows need to be asked and answered.

In passenger ships scenario, such criteria may reduce to balance between safety and cost. Safety indicator can be reliability index or risk. Cost includes failure cost, inspection (monitoring) cost, maintenance and repair cost. Structural details an be selected based on risk analysis or hot-spots listed in rules or specific fatigue-prone details for a specific passenger ships.


Ship structures are complicated, and are subjected to stochastic wave and wind loading. Also, uncertainties in structural capacity arise from those related to fabrication, fatigue and corrosion, the latter  two resulting in deterioration of structures with respect to time. The project will address probabilistic and stochastic modelling techniques for assessing the capacity of a deteriorating ship structures due to fatigue and corrosion as well as impacts of human interventions, taking into account inherent uncertainties associated with these.


In addition, algorithms for optimising RBIMR strategies will be investigated. to maintain ship structural integrity while minimize corresponding costs. Optimization scenarios will be defined based on certain in-service assumptions, and suitable optimization algorithms will be developed.


P. S. Introduce a beautiful city in China--Wuxi. Wish you enjoy the pictures! 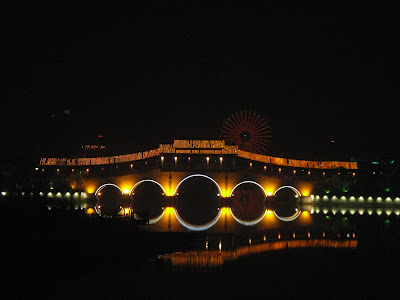 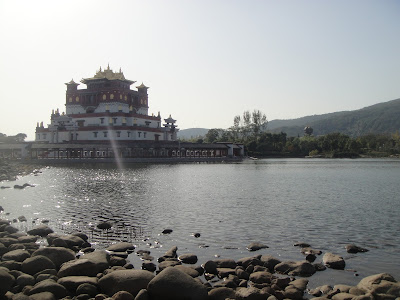 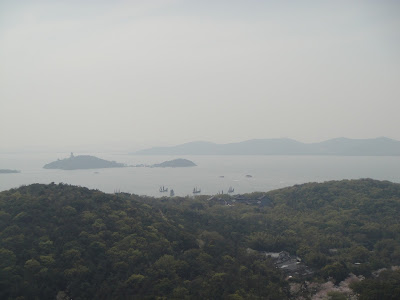 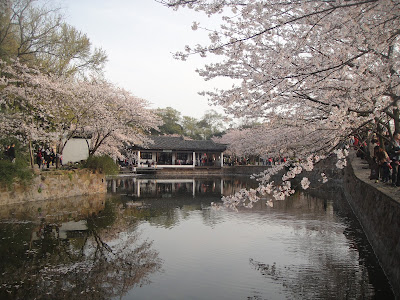 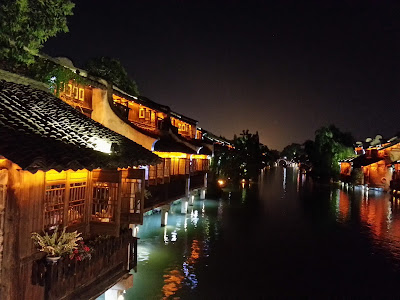